Pirate Field Hockey Achievements Reflect Pinckney Pride
Thirty-one members of the women’s high school field hockey program entered their second season competing in the state league with a varsity team and an inaugural junior varsity team. The players finished the season with plenty to be proud of academically and athletically. The team received the All Academic Award for having a cumulative GPA of 3.5 or higher. 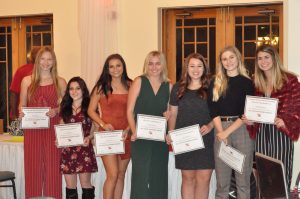 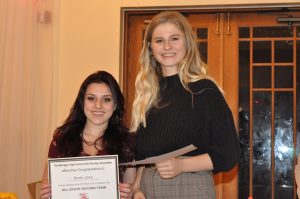 Athletic honors went to Jenny Booth, who was selected to the All State Team, and Raegan Palkowski received an All State Honorable Mention.

Lady Golfers Excel on the Course and the Classroom

The varsity golf team won their second consectutive SEC Championship this past fall and showed their impressive work ethic in the classroom as well.  Congratulations to the team of Hailey Roberts, Allison Elliott, Olivia Ohmer, Maddy Worrilow and Reece Ohmer on their first ever All-State Academic Team Award with a team GPA of 3.836!

In addition to the team award, Senior,  Reece Ohmer was also awarded  All-State Academic Honorable Mention – one of only two girls in Livingston County – to be recognized for scholastic accomplishments with a cumulative unweighted 3.93 gpa. 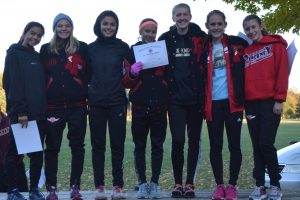