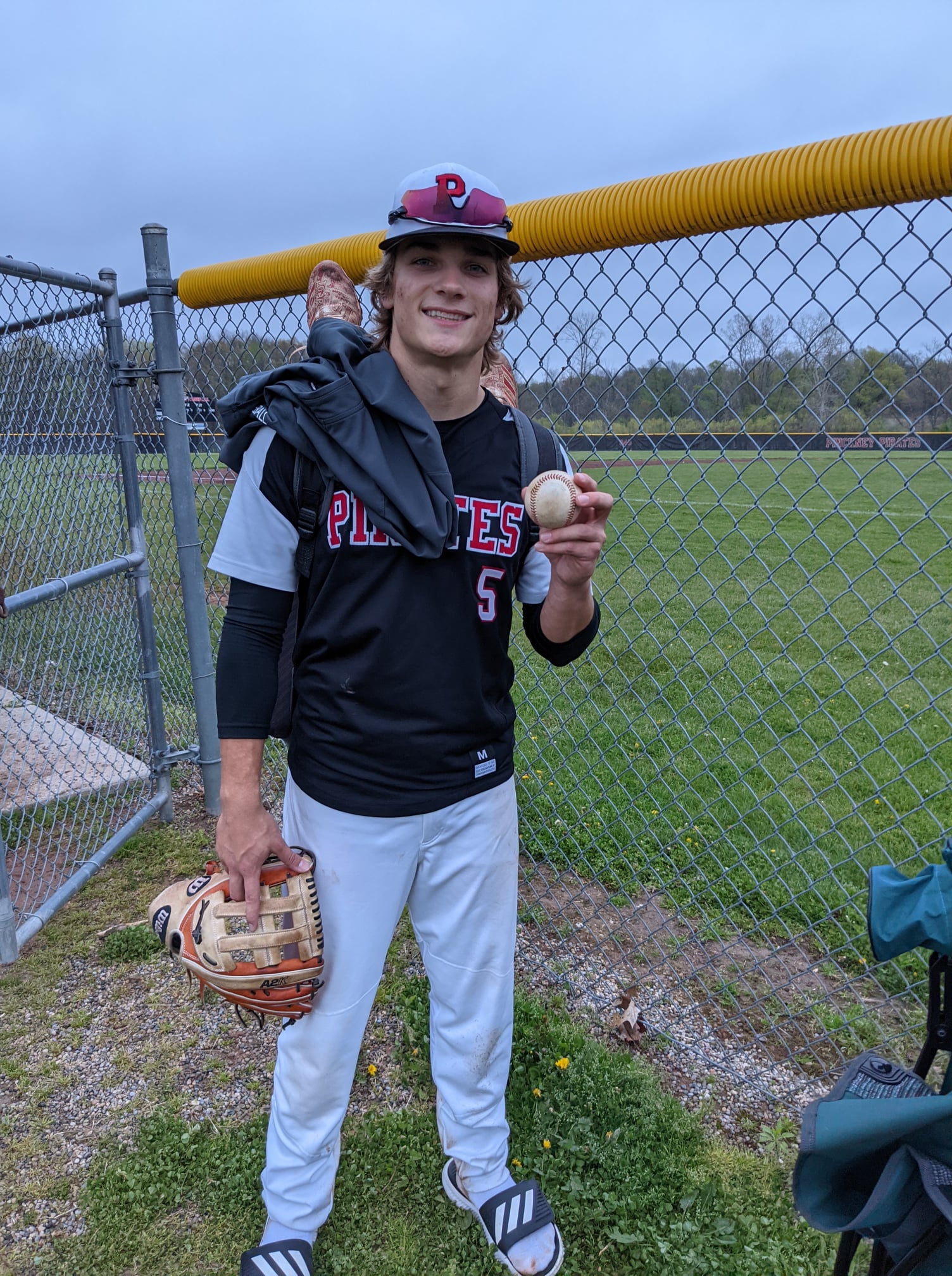 Pinckney ran off with the lead late in game two in a 16-6 victory over the Jackson Vikings on Monday evening. The Pirates trailed 6-5 in the bottom of the fourth inning when Bryce White grounded out, scoring two runs.
Jackson scored five runs in the third inning, but Pinckney still managed to pull out the victory. The Vikings batters contributing to the big inning included Jacob Nichols, Michael Foust, Connor Bush, Brendan Blood, and Kaspar Haehnle, all sending runners across the plate with RBIs in the inning.
Jackson opened up scoring in the first inning, when Sam Arvy drew a walk, scoring one run.
The Pirates pulled away for good with eight runs in the fourth inning. In the fourth Jack Trachet doubled on a 0-2 count, scoring one run, Max Miller singled on a 1-0 count, scoring one run, and Ben Putnam tripled on a 1-1 count, scoring two runs.
Jack Trachet pitched Pinckney to victory. The righthander went six innings, allowing six runs on five hits, striking out seven and walking one.
Garrett Ennis took the loss for Jackson. The pitcher allowed two hits and four runs over one-third of an inning.
Evan Andrews started the game for Jackson. The hurler surrendered two runs on two hits over two and two-thirds innings, striking out one and walking one.
Pinckney launched two home runs on the day. Ben Putnam hit an absolute missile over the right center fence and Cooper Harris hit a bomb over the left field fence.
Pinckney collected 12 hits. Putnam, Darren Avedisian, Trachet, and Alex Geyer each racked up multiple hits for the Pirates. Putnam went 3-for-4 at the plate to lead Pinckney in hits.
The Pirates have won 7 of their last 9. They look to keep that momentum moving forward when they head to Jackson on Wednesday.