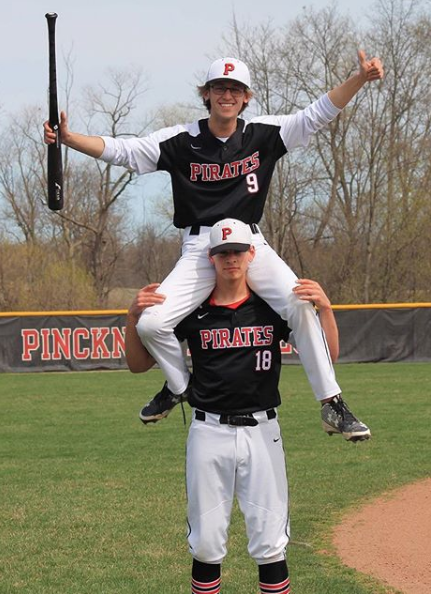 Pinckney defeated the Skyline Eagles 7-2 and took both games of the double header thanks to a strong start. The Pirates scored on a single by Dakota Avedisian in the first inning, a groundout by Tyler Horvath in the second inning, and a sacrifice fly by Bryce White in the second inning.

Pinckney pulled away for good with two runs in the second inning. In the second Horvath grounded out, scoring one run and White’s sac fly scored one run for Pinckney.

The Pirates scored three runs in the fifth inning. Pinckney’s big bats were led by Avedisian, Will Schultz, and Jack Trachet, all driving in runs in the frame.

Ty Abner pitched the Pirates to victory. He surrendered two runs on two hits over four innings, striking out six. Patrick Abowd threw three innings in relief out of the bullpen.