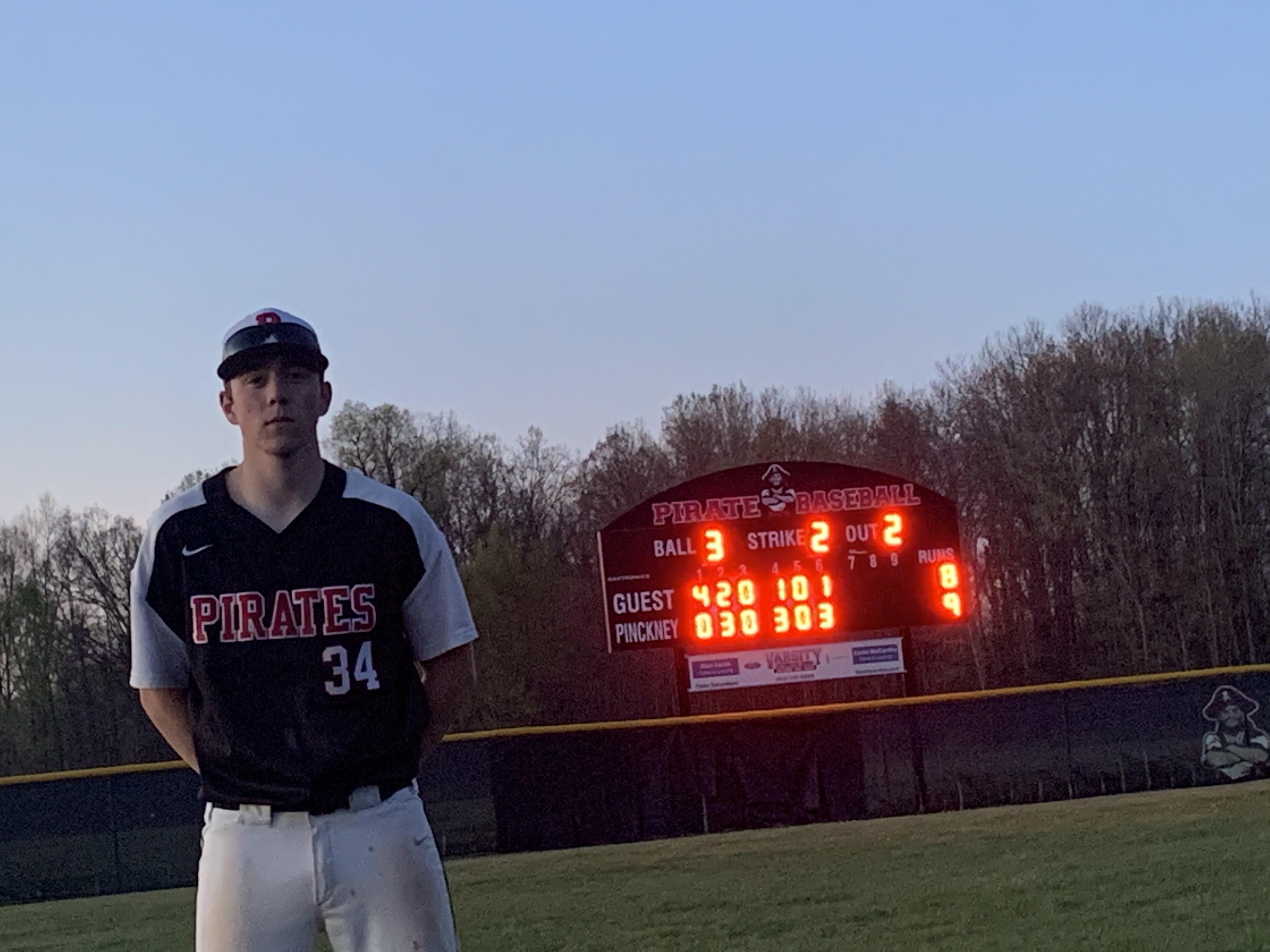 Western Parma came into the game as the 10th ranked team in Division 2 in the state.
Max Miller and the Pirates walked it off against those Panthers winning 9-8 after Miller delivers late in the game again. The game was tied at eight with Pinckney batting in the last inning when Max Miller singled on a 3-2 count, scoring Cooper Harris.
The Pirates were boosted by Jack Trachet who went 4-for-4 at the plate. Trachet singled in the first, singled in the second, singled in the fourth, and singled in the sixth.
The Panthers got things started in the first inning when an error scored two runs for Western.
Alex Geyer returning from injury had a gutsy performance and earned the victory on the pitcher’s mound for the Pirates. The Junior right hander lasted five and a third innings, allowing nine hits and seven earned runs while striking out six. Merek Dickey threw two-thirds of an inning in relief out of the bullpen.
Michael Herrington started the game for Western. The hurler went five and two-thirds innings, allowing nine runs on 12 hits and striking out three
The Pinckney Pirates scattered 13 hits in the game. Trachet, Cooper Harris, Ben Putnam, and Miller each collected multiple hits for Pinckney. Trachet went 4-for-4 at the plate to lead the Pirates in hits.