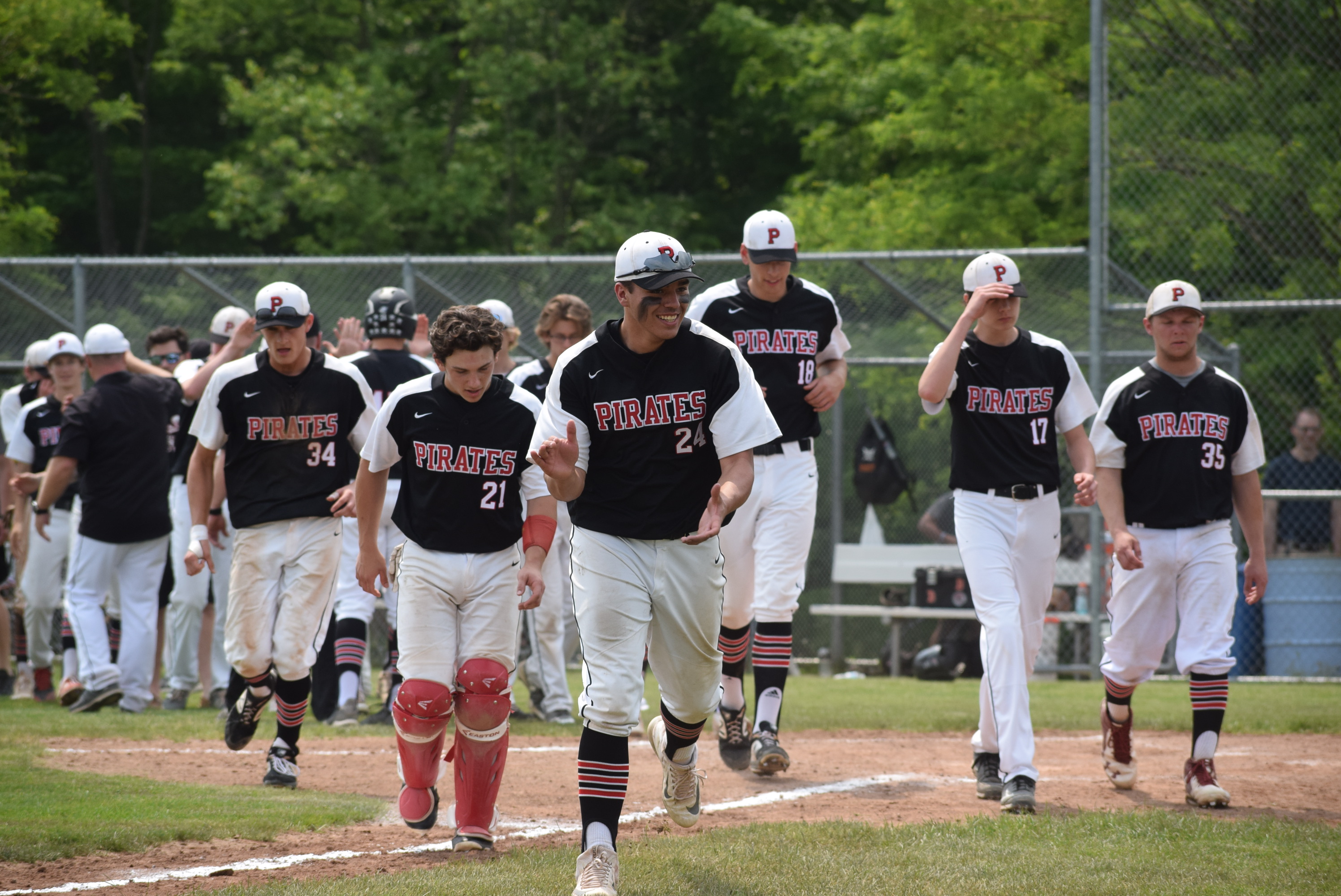 Pinckney took the lead late and defeated Brighton 7-2 on Saturday. The game was tied at two with the Pirates batting in the top of the seventh when Bryce White drew a walk, scoring one run.

The Pirates opened up the scoring in the first inning.

In the bottom of the first inning, Brighton tied things up at two when Hopman homered on a 1-2 count, scoring two runs.

Al Thorington led the Pirates to victory on the pitcher’s mound. He lasted six innings, allowing five hits and two runs while striking out five. Dakota Avedisian threw one inning in relief out of the bullpen. Avedisian recorded the last three outs to earn the save for Pinckney.

With the score 4-2 Pinckney in the top of the seventh inning Miles Teachworth comes up with one of the most clutch hits in Pinckney High School Baseball history with a bases loaded 3 RBI double.

Adam Szerlag took the loss for Brighton. He went six and two-thirds innings, allowing four runs on nine hits, striking out two and walking one.

The Pirates racked up ten hits in the game. Nick Cortez, Jack Trachet, Thorington, and Ben Putnam all had multiple hits for Pinckney. Putnam, Thorington, Trachet, and Cortez all had two hits to lead the Pirates.