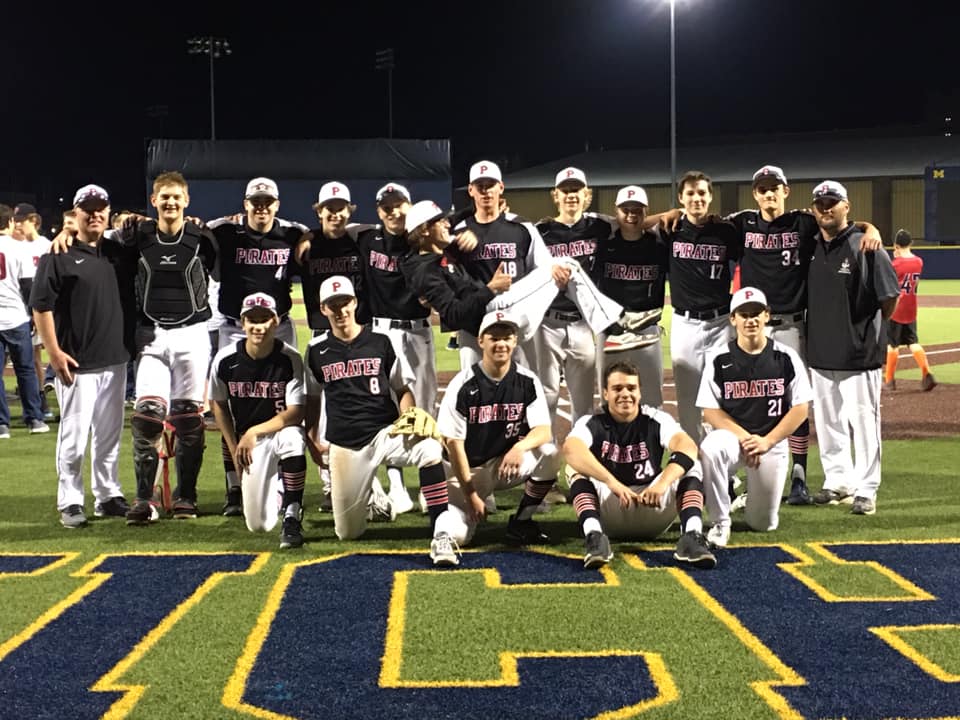 Pinckney defeated the South Lyon East Cougars 8-5 on Friday after taking the lead late in the game. The game was tied at five with the Pirates batting in the top of the eighth when Ben Putnam singled on a 2-2 count, scoring one run.

The Pirates took an early lead in the second inning. Pinckney scored one run when Al Thorington singled.

The Cougars knotted the game up at five in the bottom of the sixth inning when they scored one run.

Pinckney tallied five runs in the second inning. The Pirates offense in the inning came from singles by Tyler Horvath, Nick Cortez, Thorington, and a triple by Jack Trachet.

Thorington led things off on the hill for Pinckney Pirates. He lasted five and a third innings, allowing four hits and zero earned runs while striking out ten.